One of the best at least. It turned out there was only one winner in the backstage contest – me! When I realised there was no one else I was really nervous! I’m happy that my Mum came with me, as my sister couldn’t, so I didn’t have to sit there all by myself with Robert. I was way too nervous for that!

We got to meet him for 20 minutes. We had coffee (and tea) and talked about a lot of things. His touring, what he’ll do in the near future, common acquaintances (he knows a lot of people from Örebro). He also seemed to think it was fun that I had seen him and Charlie Norman play together (even though I only saw it on TV).

When the 20 minutes had passed we were taken back to the concert area, where we were seated in the front row. The concert was great!!! They played several of my favourite songs, like Bumble Bee Boogie, and many that I didn’t recognize. The Vocalettes were there, and Lennie Norman. Mikael Rickfors was the guest musician.

After a lot of music, joking and fun on stage the concert ended with the wished-for song Rockin’ All Over the World, a perfect encore. I went to get my album signed afterwards – Robert recognized me and remembered my name. I was so happy!

Then me and Mum had later dinner at McDonald’s before heading back home, a 1.5 hour drive. Now I’m sitting here and I’m still so excited! I’ll try to calm down enough to I can sleep. Here’s the group photo with me, Mum and Robert Wells. The rest of my photos will be put up here tomorrow. 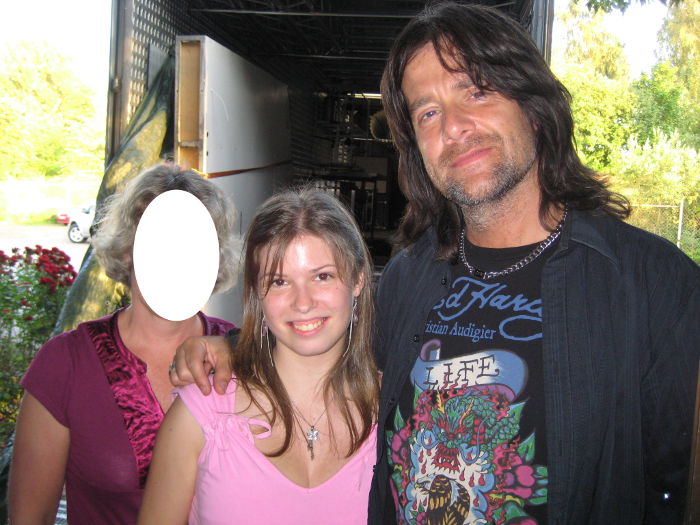 One thought on “The Best Evening of My Life!”