Tonight I went to the cinema with Mum. We watched Michael Jackson’s This It It. I’m not a big MJ fan, but I like his music and I’m very impressed by his dancing. The main reason we went to watch this movie was to hear his songs, see him dancing, see what the London shows would have been like, and to see what MJ was like at the end.

Something that was clear throughout the whole movie was how much people respected MJ, and how respectfully they talked to him. Say what you will about him, but he was an icon in the world of music, he was the King.

The show in London would have been amazing. I would almost have like to go there and see it live if I had known about the contents. The clothes, dances, dancing crew, effects, video clips, everything was just ‘wow’. It’s sad he didn’t get the chance to go through with this amazing project. 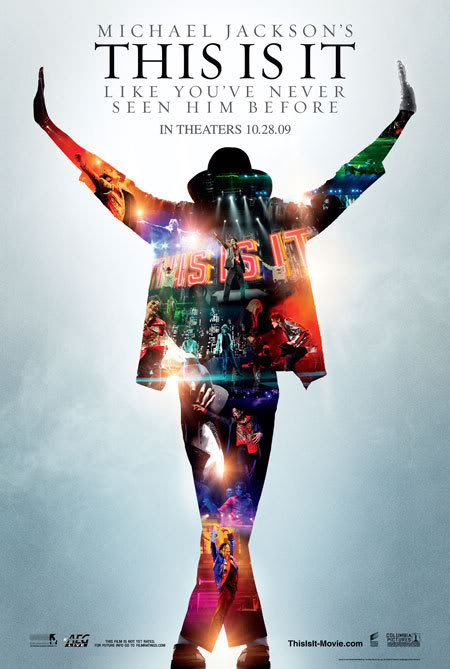