What is there to do at 4 pm on Whitsun Eve? Going to the cinema! At least that’s what me and my family did. I promise, I have NEVER felt so alone in a cinema before! Hardly anyone was there, and me and my family got a private showing. Five persons in a room for 130. That’s luxury!

The movie we watched was Spiderwick and it has been running in the cinemas for a while, only we haven’t had time to watch it until now. But now my sis came and said she wanted to watch it before it stops running (they only show it twice a week now), and we decided to all go and watch it together.

The movie is a fantasy adventure taking place today and “80 years earlier”. Three children and their mother move to a deserted house which was previously inhabited by their aunt who now lives at a mental hospital of some sort because she says her father was abducted by fairies. The children don’t like the place at all, but they soon run into adventures they couldn’t dream of, thanks to a field handbook about magic creatures which was written by their aunt’s father.

I thought the movie was quite okay. It wasn’t one of the best adventure movies I’ve watched and some details disappointed me. I would have liked to see more of the creatures that Arthur Spiderwick had written about, I felt that we only got to see a tiny part of “the other world”. But the movie is worth 3/5 points. 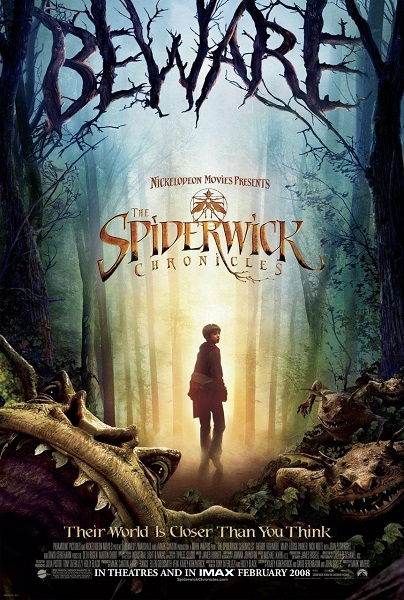