Last month I managed to read both books I had chosen to read, and that feels great. This month I’ll challenge myself a little more and add one book: in May I’m going to read three books! 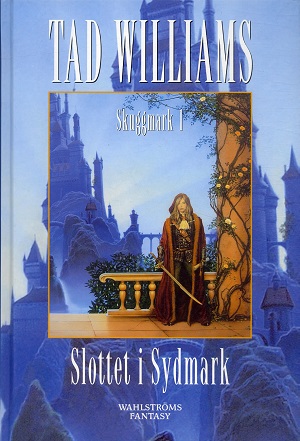 “The mysterious Shadowline, a shroud of endless mist, has marked the border between the human realms and the lost realms in the North for generations. There the Qar, the fairy-folk, live in endless twilight. The Qars were banished to the northern realms after a long war, and they closed the border with the Shadowline, a magical barrier which no human being can cross without being driven mad.

The Shadowline now starts to creep south, the darkness gets closer to the human realms, and Southmarch is the first country being threatened. Southmarch is ruled by the Eddon dynasty, but king Olin has been captured and is imprisoned in a distant land. His inexperienced descendants have to rule the vulnerable country in his abscence. Briony, princess of Southmarch, and his brother Barrick get the heavy responsibility to protect their patrimony and country against all the lurking dangers.”

Part 1 of The War of the Flowers
Tad Williams
Genre: Fantasy
In Sweden this novel is divided into two parts, hence “Part 1” 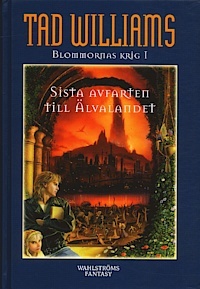 “Most things have gone wrong for Theo Vilmos. He hardly gets along with minor jobs, waiting for the major breakthrough with his rock band. But now the guys in his band no longer wants him as the singer, his girlfriend dumps him and his mother dies from cancer. To revover and think about his life he rents a cottage in the mountains outside of San Fransisco. That is where Theo’s life suddenly makes a surprising turn. Suddenly he finds himself in another world – in the world of the immortal. But why?

Perhaps it has something to do with his great-uncle’s book? The one that describes a journey through a fairytale land which Theo thought was just a made-up story. Much corresponds to what he experiences in this weird land, inhabited by weird creatures, some of which are kind, others are very threatening.

There are six powerful flower families ruling, and they are dissatisfied with the resource waste in Theo’s world. The balance has been disturbed and threatens the conditions for the immortal. That’s why Theo is brought there from the mortal world. But what can he do? And why has he been chosen?” 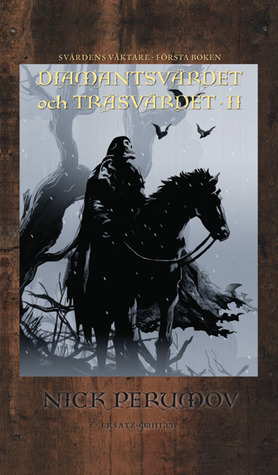 “The empire of Melin is on the edge of civil war and the Northern world – being at the mercy of higher powers and impregnated by inner conflicts – are headed towards a cold, bloody and possibly last winter. I the Black city fires are burning after the street fights between magicians and legionaries, while an uprising is awakening on the outskirts of the realm among the gnomes and danus which have been oppressed for hundreds of years and almost been wiped out.

The human realm, which has just recovered from the yearly Deathrain’s corroding inferno, is also thrown into a far more devastating struggle against weird creatures with cloven hooves. While sorceresses, fighting magicians, Valkyries and oracles fight against real and imagined enemies.

In this chaos of distrust and hate, revenge and prophecies of extinction, there are bad rumours about the Saviour being on his way to the earth to burn this whole miserable world…”