It’s been almost a week now and I still haven’t really grasped that I actually live in Tokyo now! I arrived in the afternoon of Monday this week, after six months of preparations (which sometimes felt like too long but usually like too little time). During the five days that I’ve lived here it’s already happened so much – and there are so many new impressions. For a Swede who comes to Tokyo in July there’s a lot that’s different from the Swedish summer. So there are definitely a lot of things to get used to.

I mean to update this blog as often as possible, between lessons, study groups and outings. Hopefully some of my posts will be of help for others who plan to go to Japan to study – or at least you’ll get something interesting to read!

To start off with, I can say that I wouldn’t be here if it wasn’t for Go Go Nihon!, a partially Swedish organisation which helps people from most parts of the world to go to Japan for studying – for free! They have been incredibly helpful during the whole time I’ve been in touch with them!

I chose to study at a school called Akamonkai, which is in Nippori. It’s a part of Tokyo that is a little less expensive to live in than Tokyo in general. The school also has a very small percentage of students from countries outside of Asia. I chose this school mainly for three reasons: the faster and tougher study pace; the fact that since most students are Asian, they are generally not as good in English as Western students, and that makes another motivation to learn Japanese fast, to be able to communicate; and because I wanted to live in Tokyo but not spend more money on accomodation than neccessary – but still have my own room.

I live in a dormitory only five minutes from the school, by foot – perfect! The dormitory is divided into floors for guys and floors for girls – and it is strictly prohibited to be on a floor belonging to the other gender. We are not even allowed to bring family members of the other gender into our room! I’ve got a room in a small apartment that I share with three other girls. The funny thing is that one of them is also from Sweden (and she also got here through Go Go Nihon! just like me) – but we’ve agreed to speak as much Japanese as possible with each other when we start learning the language better. Unfortunately our dormitory doesn’t have any common rooms for all the students of the dormitory, like there is at the other dormitory a long way from here. But it’s still okay, one meets people at the school and outside the dormitory, and go to other places to socialize.

Now I don’t really know what more to write… As I said, there’s a lot of things that have happened this week, and I feel that some of them require their own post. But I could tell more about the actual studies. On the Wednesday there was an initiation ceremony at a hotel close-by, and in the afternoon we all had a language test to decide which level we belong to and thus which class to be placed in. The test contained questions for all levels – beginners to advanced. I handed in my test pretty much without answering any of the questions – it was that difficult for me… But I didn’t care, because that meant I was placed in one of the beginners classes – which was my goal! I wanted just that, to work my way almost from the bottom, to be sure that I learn the basics of the language properly.

Our first day of lessons was today, and I’ve got afternoon lessons. Not what I wanted, since I would prefer morning lessons and have a lot of time in the afternoon to do my homework. But I think I can make this work too. The class seems okay, there are 12 of us. Today’s teacher was also good and explained things very good. Most of the students in my class come from Korea or China – we are three persons who come from other countries. What I did like was that two of the guys in my class live in my dormitory and we met already the first day that I moved here.

It will be great to have weekend now, hopefully it will be more relaxing than the week has been so far.

Here are a couple of photos from my first evening in Tokyo, both are taken in Ikebukuro. 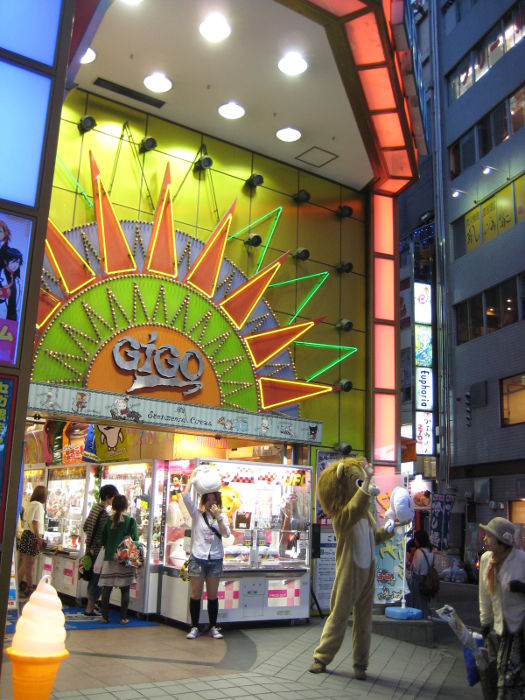 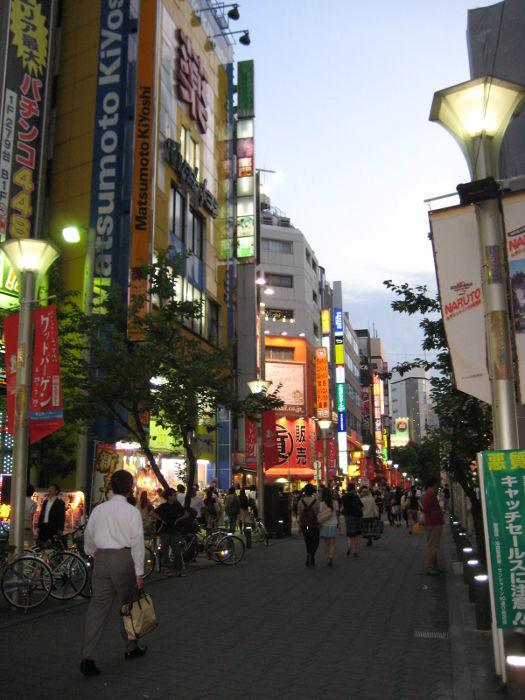