I went to a few hanabi (firework festivals) in the summer, and my favourite one was of course the one where I got the chance to combine the amazing fireworks with Japanese friends dressed in yukata, and my favourite singer! Takizawa Hideaki was one of those who entertained on the Johnny’s stage during the Jingu Gaien hanabi on the 10th of August.

Our seats were actually pretty good. There was the main stage and then three runways: two reaching out on the sides and one towards the front to a small front stage close to the stands. Our seats were on the last row of the section closest to the left runway, almost at the end of the runway. All around us were fans of Takki and Sexy Zone. Because the stage was set up in the middle of the arena, only the stands in front of the stage were used. Behind the stage there were name signs in different coloiurs: On top was Matchy’s (Kondou Masahiko) name in red, below to the right was Sexy Zone in pink, and below to the left was Takizawa Hideaki in blue (but the names were written in Japanese, of course). Here’s a photo from the fireworks afterwards – then they changed all the names to blue: 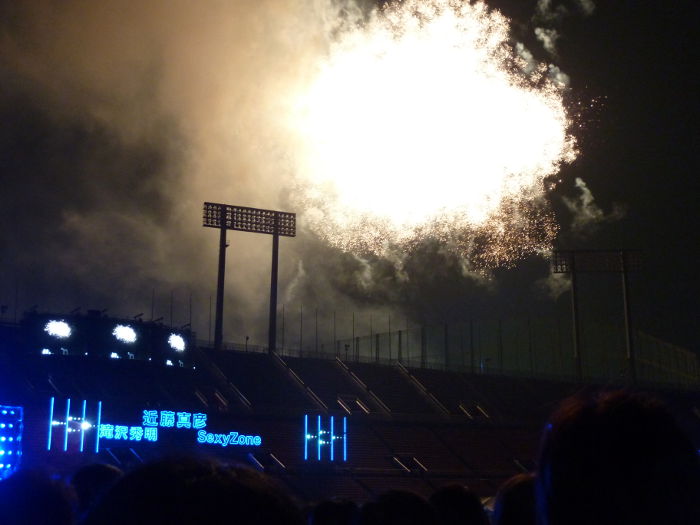 While we sat there waiting for the concert to start, the sun started setting behind the edge of the arena and there was this orange light on the stands behind the stage right before the concert started. It was so beautiful! There also was a TV screen where they showed commercials for DVDs and upcoming events – and then the show started! The first group was Sexy Zone. The Jingu Gaien hanabi was the first time I saw them live, and I have to admit that even though I don’t actively listen to their music, they do have a certain charm and charisma.

They sang a mixture of songs I recognized and songs I’d never heard before, both on the different stages and in carts which were pushed around among the audience. Then they sang a song that I love! Yuuki 100%. It’s not their song, but it’s a song that’s very popular among the juniors and younger groups. The first time I heard it was when NYC did a cover of it, and I instantly fell in love with it. Never in my dreams would have thought I would get the chance to hear that song during a live concert!

We didn’t have to wait for so long until Takki entered the stage together with his dancers (Snow Man) from the solo tour, and his hanabi show was like a sample of the tour. He also used the cart a couple of times – at the end of the show he went right past me, about two meters away – while singing one of my favorite songs! His part of the show ended with a few upbeat songs and lots of energetically dancing juniors all over the stage.

Then it was Matchy’s turn to enter the stage. He was joined by both Sexy Zone and Takki in the beginning and then he got some time to shine on his own. Sadly I have to admit that I didn’t recognize any of his songs, since I have never listened to him. But he’s quite alright. I won’t probably go looking for his albums, but he pulled off a great show and he has a very nice voice. At the end of one of the songs he got company again by both Sexy Zone and Takki, and they had a short MC where they teased each other because of the age difference between them all – Takki called Sexy Zone children (“The youngest of you is 13, huh?”) and got the reply “Takizawa-kun, aren’t you 50 or something?”, to which he of course had to protest loudly (“30! I’m 30!”). And then Matchy, 48, ended the discussion…

After the show everyone entered the stage again and did the fireworks countdown. And when it comes to the fireworks, all I can say is wow! They were amazing! I have quite a lot of photos of them, but none that really do them justice. They shot the fireworks right outside the venue where we were sitting, so it was really right above us! I don’t know how long it lasted, but at least one hour. Then it got dark, and quiet. But it wasn’t quiet for very long, because the audience started shouting for encores… And we got encores! A mixture of songs by Matchy, Sexy Zone and Tackey & Tsubasa. After that it was officially over. And me and my friends and new friends (I think we were like 5 people) went to a restaurant where we spent the rest of the evening eating delicious dinner and chatting about Takki – because of course we were all Takki fans… And what I remember with most happiness from the concert is Takki’s smile!

And here are some photos from the fireworks: 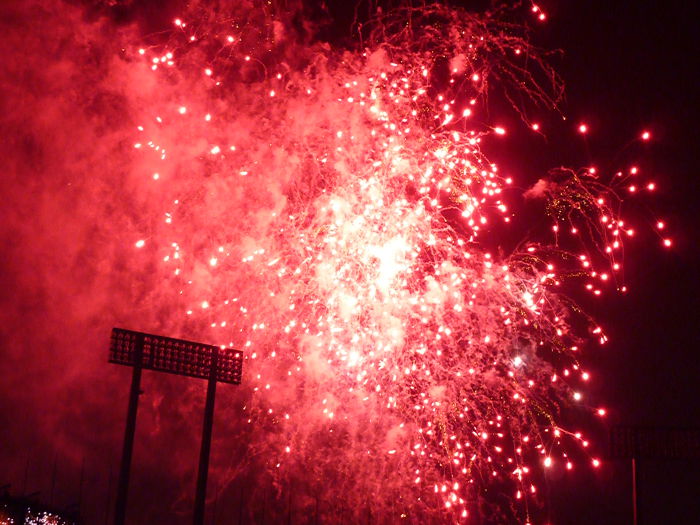 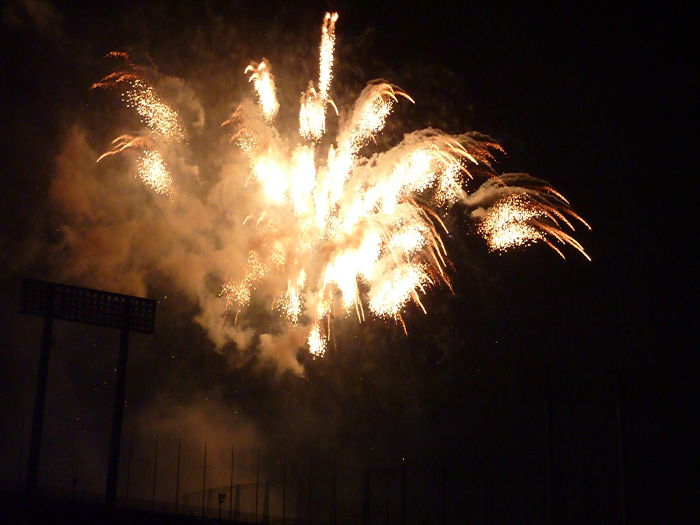 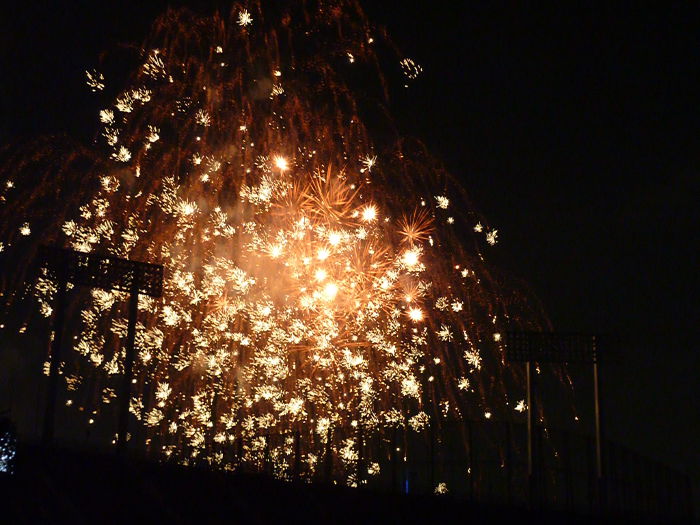 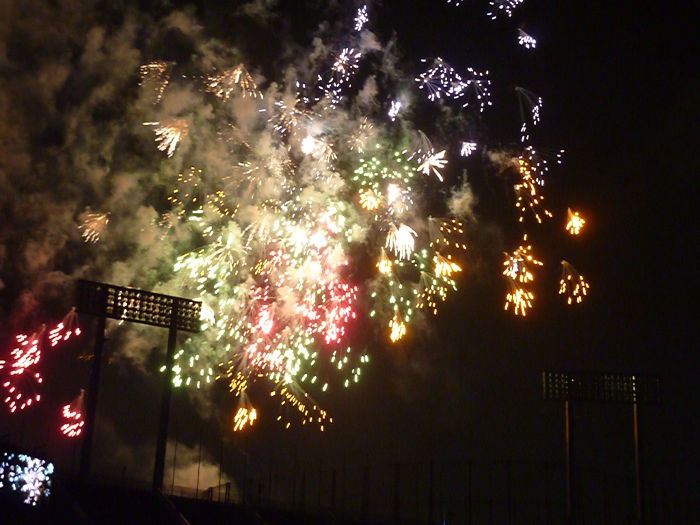